I loved a film - or films! - this year. How do I vote for the People's Choice Award? 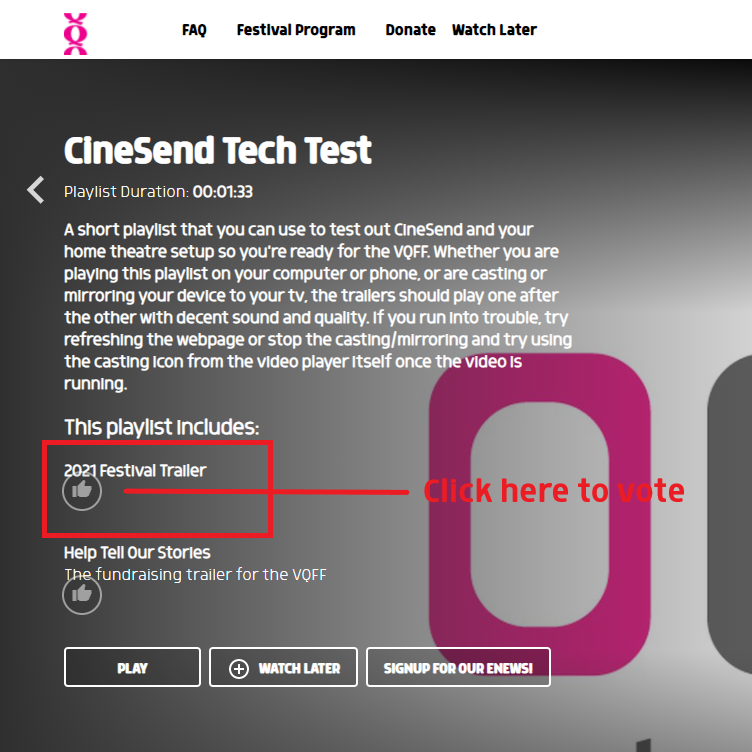 How does voting work?

Votes are tabulated periodically throughout the Festival. We calculate award winners for our People's Choice Award for Best Feature and Best Short proportionately, looking at the total number of votes vs. the film's total attendance. This means the winners aren't necessarily just the films that have the highest attendance; every film has a chance at winning.

Film B is the winner.

We use proportional voting because we're interested in a film being judged by the people who have seen it, and we know not every film will have the same number of viewers. Regretfully, there often isn't enough time for every guest to watch every film. We also know our audiences' tastes are wide and varied, and the Festival strives to offer films that will appeal to many people. Proportional voting ensures that a film is judged on the full artistic package, not just on the face value of its marketing.

Can I vote for the same film multiple times?

No. Please only vote once for each film. You are welcome to vote for multiple films.

Did this answer your question? Thanks for the feedback There was a problem submitting your feedback. Please try again later.
Last updated on September 21, 2021